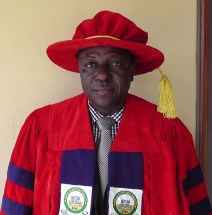 Professor Gbolagade A.W had received several academic scholarship and fellowship awards including the Federal Government of Nigeria Postgraduate Scholarship (1988); Obafemi Awolowo University Fellowship award (1989); UNU-IIST Visiting Fellowship at the University of Calgary, Canada (2005). Professor Gbolagade had supervised undergraduate and postgraduate research works. He had also served in several administrative capacities within the University system including membership and chairmanship of several Academic Committees and as Head of Department of Mathematics. He was also an External Examiner of Postgraduate Programme in Mathematics at the Federal University of Technology, Minna, Niger State.

In Osun State University, Osogbo, he served as the Head of Department of Mathematical and Physical Sciences (2009-2010); Director of Foundation Degree Programme (2010-2011 Academic Session) and Provost of the College of Science, Engineering and Technology (August 2011 till date).