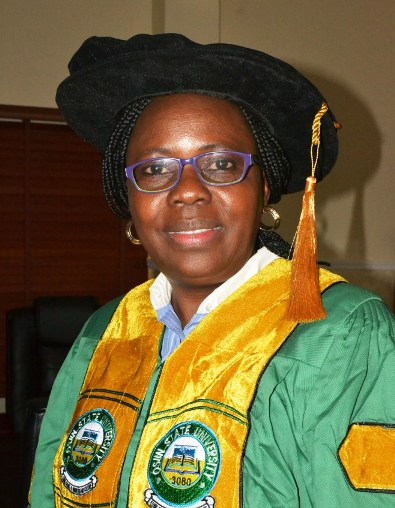 Prof. Janet Olubukola Olaitan joined the services of Osun State University as one of the pioneer staff in 2007. She obtained her Bachelor of Science (Honours) degree (Microbiology) in 1992 from Lagos State University. She had her Master of Science and PhD in Microbiology from University of Ibadan in 1998 and 2005 respectively. Prof. Olaitan started her carrier as an Assistant lecturer at the University of Agriculture, Abeokuta (UNAAB) in 1999 and became Lecturer I in 2005.

She has several published academic papers in both Local and International Journals. She has been an external examiner to the Cape Peninsula University of Technology, South Africa and Federal University of Agriculture, Abeokuta. She is an editor UNIOSUN journal of Science and also a peer reviewer to Nigerian Journal of Science, Nigerian Journal of Microbiology, the Research Journal of Health Sciences and African Health Sciences. She had won Tetfund Research grant and Society for Applied Microbiology (SfAM) President’s Fund Grant. She is a PhD external examiner to universities within and outside Nigeria. She has also attended several scientific meetings and presented papers both at home and outside the country.