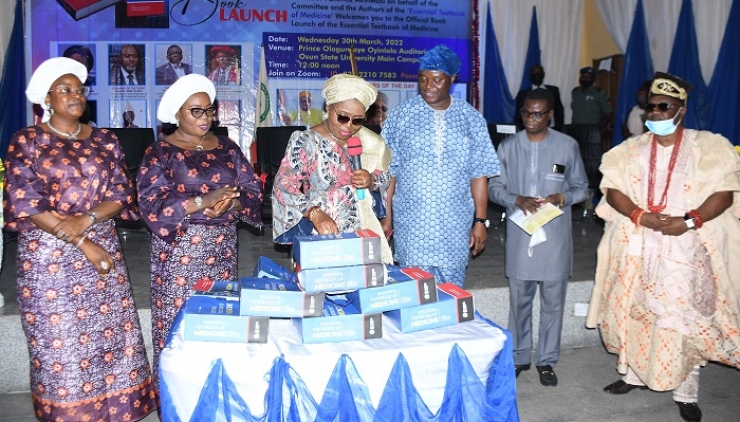 The book which was co-authored by 155 medical consultants working in teaching hospitals and Colleges of Health Sciences across the country was presented to the public on Wednesday, 30th of March, 2022 at Olagunsoye Oyinlola Auditorium. While unveiling the book, the Vice-Chancellor commended the authors for their selfless efforts, saying such efforts would definitely be useful not only to this generation but also to the generation yet unborn. He charged medical practitioners to continue to live up to their medical oath as he called on lecturers to inculcate the culture of reading in students through exposure to books from various sources, including literature.

The Vice-Chancellor stated further that scholars of the olden days were taught how to read at the secondary school level by reading literary texts, adding that they were thus able to read and comprehend texts from other fields at younger ages. In his remarks, the Chief Editor of the book, Professor Christopher Alebiosu, said a total of 155 senior consultants in teaching hospitals in Nigeria contributed to the book, and they were challenged to publish the book because the two main books used in medical instructions were written by foreigners, which obviously did not factor the peculiarities of people living in the tropics into the volumes.