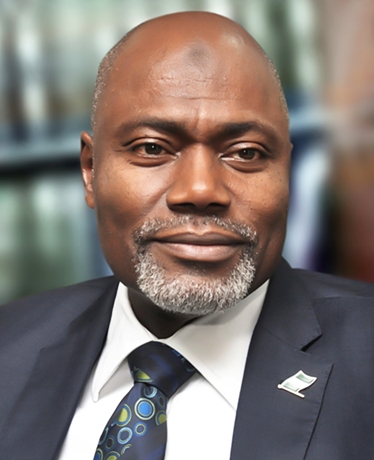 Yusuf Ali Esq.; SAN started his early life by been enrolled in a local Quranic school and in a formalYusuf Olaolu Ali SAN school in 1960. After his primary education, he went to a secondary modern school for three years, he worked briefly before he gained admission to Ibadan Boys High School, Ibadan, where he passed his school certificate with grade one. He was the labour prefect .

He again worked briefly as a clerical officer in the old Oyo state Ministry of Finance as a tax officer posted to Igboora in 1977. He gained admission to the University of Ife, now (Obafemi Awolowo University, Ile-Ife) in 1978 and graduated with a 2nd Class Upper Division for his Bachelor of Laws degree.

He was a winner of the prestigious Federal Merit Award for undergraduates and a University Scholar while an undergraduate at Ife. He attended the Nigerian Law School, where he also passed with a 2nd Class Upper Division.

About a decade after graduation, Yusuf Ali went back to his alma mater for his Masters programme which he completed with flying colours in 1991 when he bagged his LLM. He was appointed by the Chief Justice of Nigeria in 1989, as a Notary Public.

He attained the highest professional honor at the Nigerian Bar in 1997, when he was conferred with the prestigious and honorable title of Senior Advocate of Nigeria , S.A.N. Yusuf Ali has been in active legal practice for over three decades.
He joined the law Firm of Adegboyega Awomolo & Co in 1983 and rose to become a partner before he left to found his own law firm in June 1994.
He is the Principal and Founder of the Law Firm, Yusuf O. Ali & Co, Ghalib Chambers, with offices at ILORIN, Lagos and Abuja with Ilorin as the head office .
Yusuf Ali SAN is a member of many professional bodies such as:

He has won and conferred with many fellowships such as:

Yusuf Ali SAN also served and is still serving on boards of many Companies and Institutions. He was the Chairman Kwara State Law Reform Committee. He is a member of the Board of Trustees of Al-Hikmah University Ilorin. He was the pioneer Chairman, Council of Public Defenders Kwara state. He is the Chairman Board of Directors Apex Microfinance Bank Ltd.

Yusuf Ali SAN held and still holds many professional offices including but not limited to :

Mr. Yusuf Ali SAN is a Patron and Legal Adviser to many professional and socio cultural groups all over Nigeria. He is also an Associate Lecturer, at the Faculty of Law, University of Ilorin. He has delivered more than Two Hundred papers on different and diverse topics at various foray, including the International Bar Association Conferences, Commonwealth Law Association conferences , Annual Conferences of the Nigerian Bar Association, among others.

He had contributed more than 17 Chapters to various legal books and has to his credit more than 40 published learned articles in learned journals in the field of litigation, Commercial Law, jurisprudence , practice and procedure, constitutional law in local and international law journals. He had represented many state governments, high net worth Individuals, Corporate and Institutional Clients before all the superior courts of record from the high court to the Supreme Court in many landmark cases.

Yusuf Ali has been awarded more than 100 honours from within and outside of Nigeria. He is listed in the American Biograhical Institute's Who is Who, as well as in Nigeria's Who is Who.

A few of the over 100 awards conferred on him are:

He is very passionate about philanthropy and using the vehicle of YUSUF ALI FOUNDATION of which he is the Founder and sole Financier so far, had intervened in many public institutions by donating:

In the recent past, in order to enhance the work of the KWARA state police command, he donated a well equipped patrol van and some units of motorcycles .

The Yusuf Ali Foundation does a lot of other charity work like award of scholarships to indigent students in secondary and tertiary institutions both in Nigeria and outside, provision of wells and boreholes to communities, medical financial assistance to patients both within the country and outside and the development of literary awareness in secondary schools all over the country by entering into an annual sponsorship with the Association of Nigerian Authors.

Yusuf Ali is a well travelled man and has visited all the continents of the world for professional and educational purposes.

He has published many learned articles in learned journal and contributed chapters to many books.